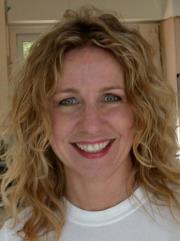 Catherine Tambini is the co-producer/director of Farmingville, winner of numerous awards including the 2004 Sundance Film Festival’s Special Jury Award, and was the season premier of PBS’ highly acclaimed documentary series, P.O.V.  Ms. Tambini co-produced the Academy Award-nominated documentary film Suzanne Farrell: Elusive Muse, which premiered at the New York Film Festival and was shown on Great Performances/Dance in America.  She was field producer/cinematographer for portions of I’m From Rolling Stone for MTV and Pageant Perfect for TLC. She assisted in the production design of many well-known Hollywood films including The Hand that Rocks the Cradle, Steel Magnolias, True Colors and The Secret of My Success.